You are here: Home / In the News / Cuomo signs legislation that will allow sewers to be built in Kings Park 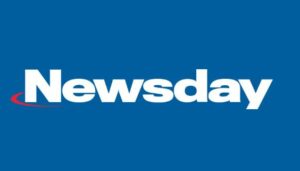 Gov. Andrew M. Cuomo has signed into law a bill needed for construction of sewers in Kings Park.

“The signing of this legislation will allow the County and Town to begin the actual implementation process for a project this community has been waiting to see move forward for more than a decade,” Suffolk County Executive Steve Bellone said in a statement released Friday by his office.

The law, signed late last week, allows Smithtown to transfer a small piece of town property — technically parkland but not used for recreation — to Suffolk County for construction of a sewer pump station.

County engineers should finish their designs by early November, with Sewer Agency and county legislature approval expected soon after. Costs will be entirely covered by a $20 million grant from the state’s Transformative Investment Program, Bellone said.

“We are pleased,” Smithtown Supervisor Edward Wehrheim said in an interview Friday. “Our community cannot move forward without the modern infrastructure that is necessary for our business districts to thrive again … Now the real work begins.”

He and town civic and business leaders have said that sewers are needed to support downtown development in Kings Park, where a reliance on septic systems has contributed to vacancy, low commercial rents and slow growth.

“This puts us on a path to revitalizing the struggling downtown,” said Tony Tanzi, who owns real estate in the area and is president of the chamber of commerce. “It gives us the ability to put people in downtown Kings Park.”

County sanitation rules currently restrict uses there that generate wastewater, like restaurants, cafes and apartments. Those are often the uses that attract visitors and encourage them to linger, Tanzi said.

Linda Henninger, the Kings Park Civic Association president who worked with Tanzi and elected officials to develop a revitalization plan for the hamlet, said passage of the law is a step toward a cleaner environment and more prosperous downtown.