You are here: Home / In the News / Long Island, do not waste this crisis 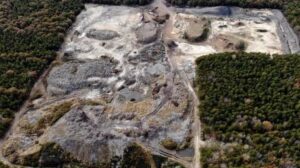 By The Editorial Board

This crisis for Long Island comes with a due date: December 2024.

That’s when the Brookhaven Town landfill is slated to close. The mammoth dumping ground used by much of the region for nearly a half-century is expected to run out of space then, which will precipitate a major problem.

What to do with our trash?

Disposing of garbage is expensive, and various methods have different consequences for our health, environment and infrastructure. And even though post-landfill proposals are emerging and being vetted, the lengthy process of acquiring permits from several layers of government and then building on Long Island means we’re getting closer to having to call these last-minute solutions.

Fortunately, there’s still time for the analysis and deliberation needed to make decisions which will work for all of Long Island, because getting rid of our garbage is a truly regional problem. Unfortunately, as with many other issues, Long Island has no mechanism to effect a regional solution. In other parts of New York, counties handle solid waste disposal. But here, responsibility lies with 13 towns and two cities, and each makes its own deals.

The Long Island Association business group and the Long Island Regional Planning Council intend to spearhead a discussion of the looming crisis beginning early next year. That’s good. There’s a lot to talk about, though neither organization can require or mandate anything, even if it wanted to. Most of the new proposals are sited in Brookhaven Town, which will bear a large burden in the approval process. But the best bet for comprehensive guidance is the state Department of Environmental Conservation, which must issue permits for any new facility. The DEC should approach its task with a best-for-the-region orientation.

The numbers define the stakes. Brookhaven’s landfill takes in 387,000 tons per year of construction and demolition debris (called C & D) and 351,000 tons of ash, the product of burning household trash in three of the four waste-to-energy plants on Long Island run by Covanta. The rest of Long Island has one private landfill in Melville for C & D and one other ash fill, in Babylon, which takes only that town’s ash and also will close within a decade.

These proposals will be viewed as competing. They shouldn’t be. They are potential components of an overall solution. But there are many questions to be answered before deciding on the best mix.

Start with some baseline principles to inform the process:

Long Island’s garbage is a complex problem urgently needing a solution. We have no time to waste.

By The Editorial Board